Still trying to get used to the timing here to head to bed a slight earlier but I must say it’s not as easy, which is why I’m writing this blogpost at this hour. Good thing the weather is extremely comfortable to sleep(just to convince me to go to bed) which is def gonna come handy seeing how I have to wake up really early tomorrow to pick up the car.
I had one of the best weekends, the weather was beautiful(20 degs with plenty of sunshine) and heaps, did i mention? heaps of food)
After a bowl of muesli and yogurt and a few episodes of Keeping up with the Kardashians (housemates are guilty of this!) Vicky picked me up for lunch at Il Lido on Cottesloe Beach 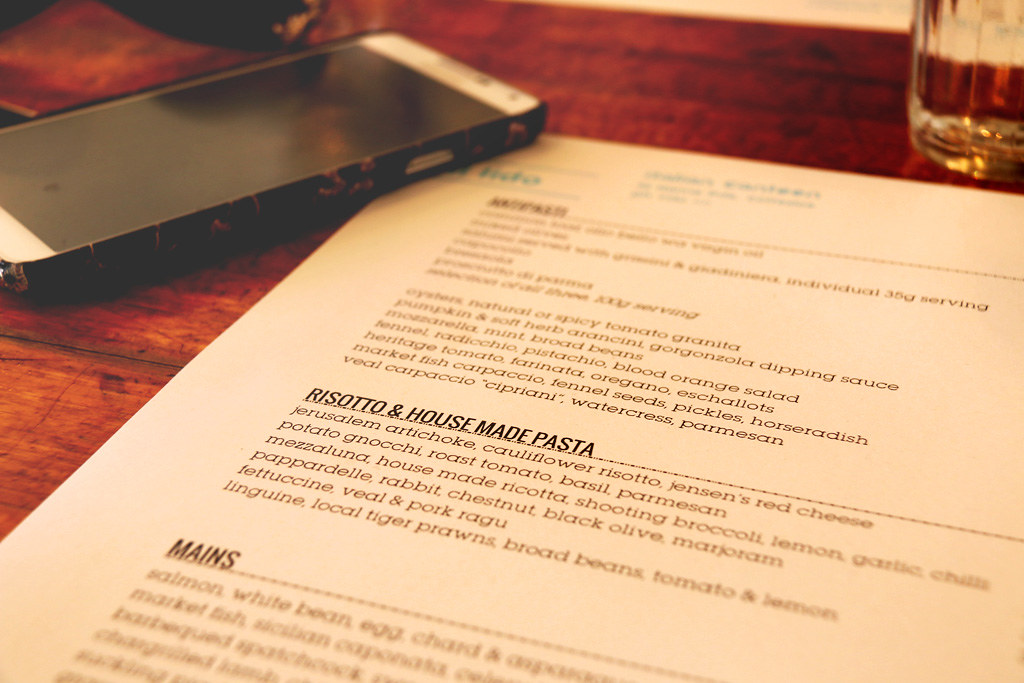 Oh, yeah abit of prossecco ain’t gonna hurt. Seriously, sparkling white wine, how can you even think about saying no? 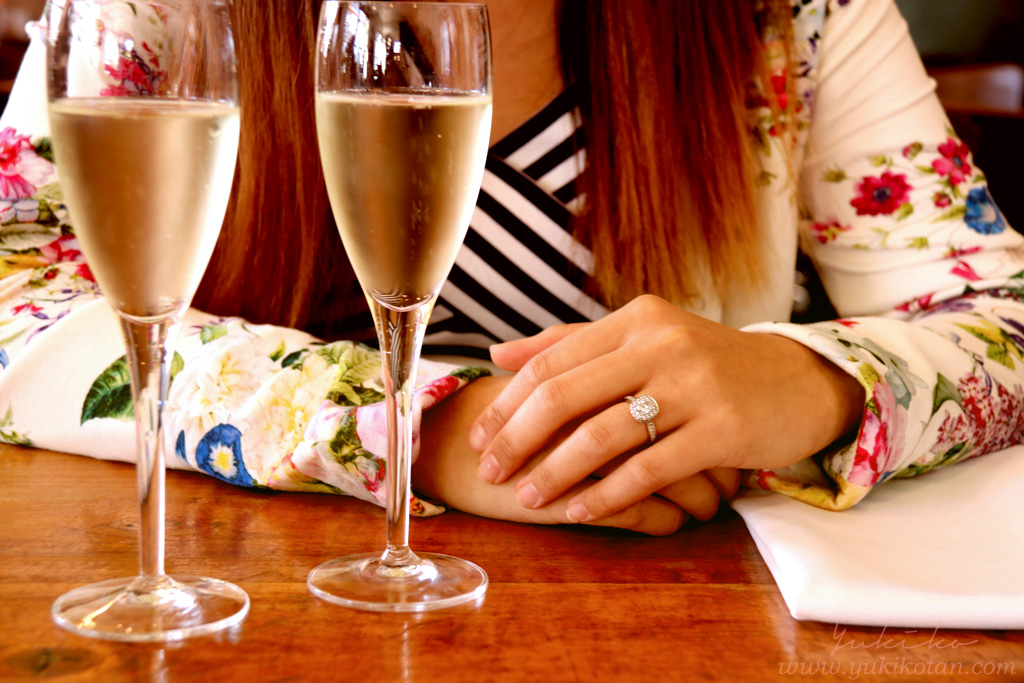 We also ordered mains(don’t worry, not alcoholic..yet) but I didn’t snap a photo of it because we were running abit short on time by the time we were done with our entrees. I did really enjoy the pumpkin arancini balls bt 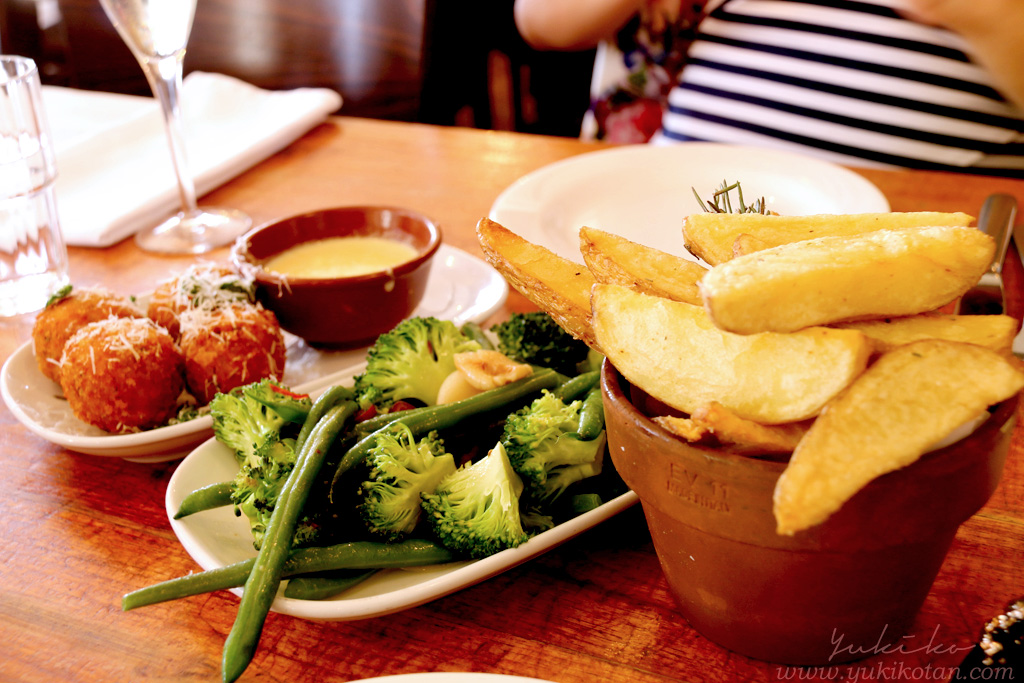 Was a short catchup since Vicky had to leave for her appointment so I guess it just meant coffee time with Tom after! 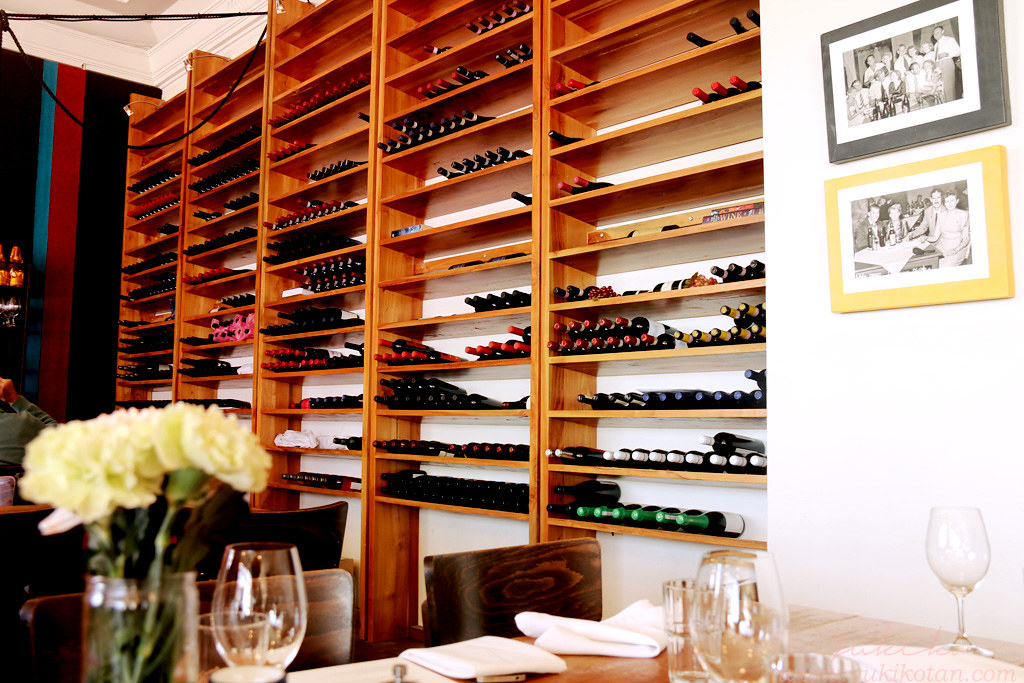 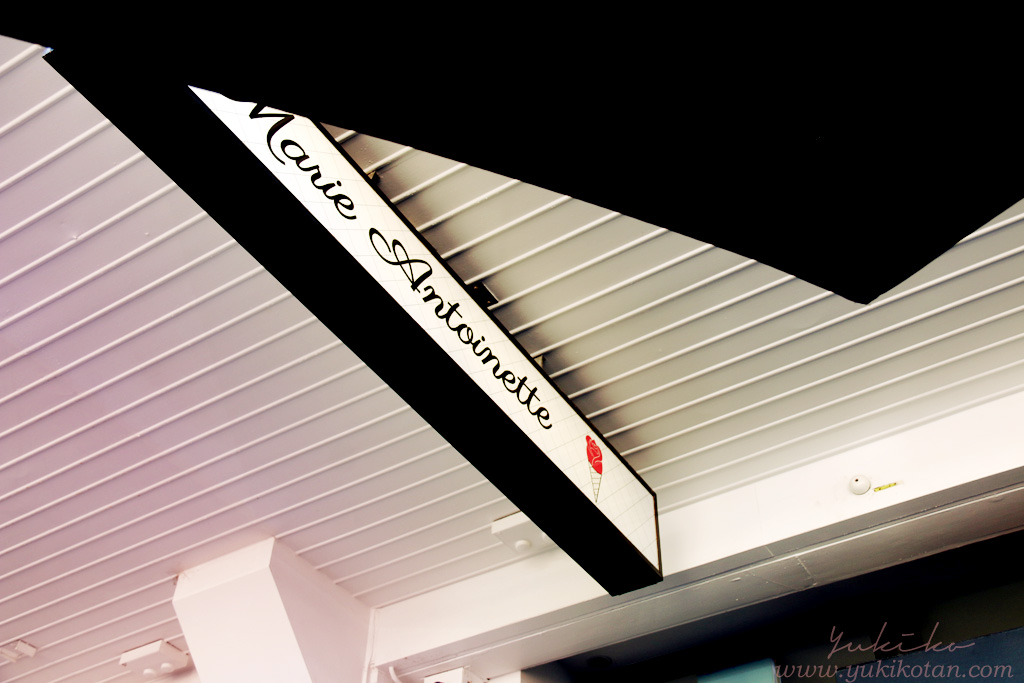 To be honest I was really just there for the coffee, the weather, oh this weather is to blame for caffeine overdose I swear! 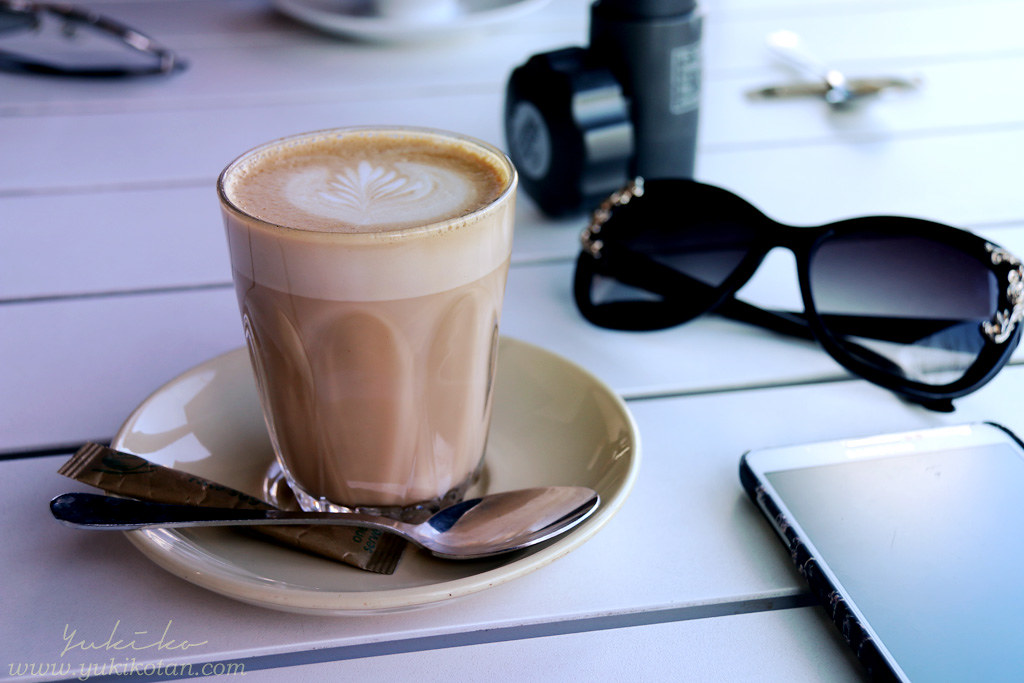 Crepes were really good too bt, fluffy light crepes are just so much win! 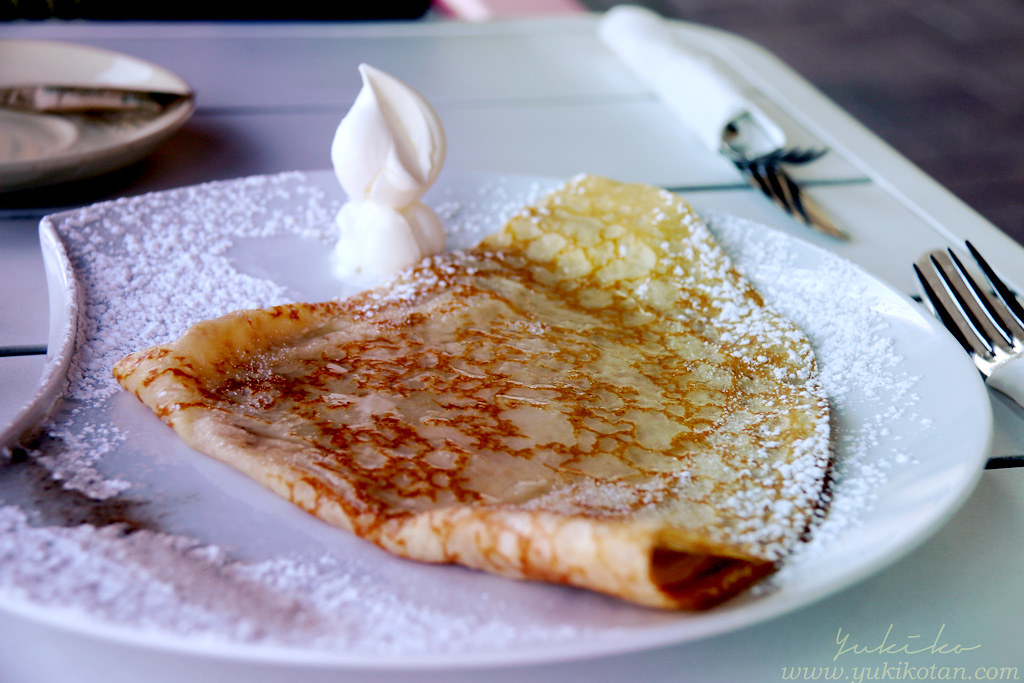 Then we went back to the beach to take some photos. 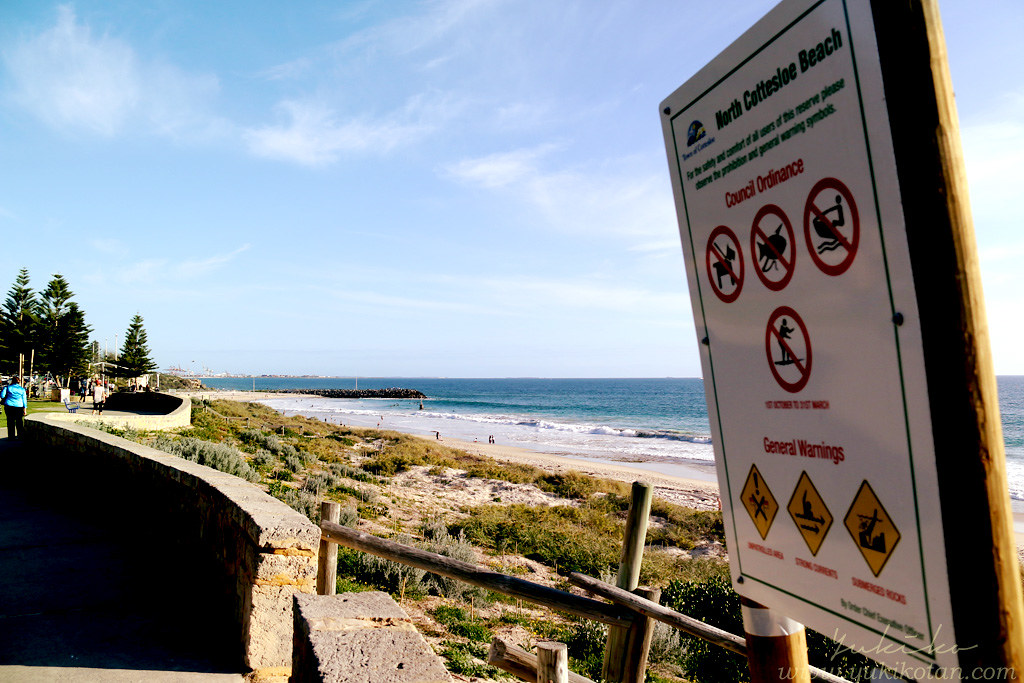 Not really photos of me, but I just really couldn’t help taking a OOTD seeing how beautiful the weather was 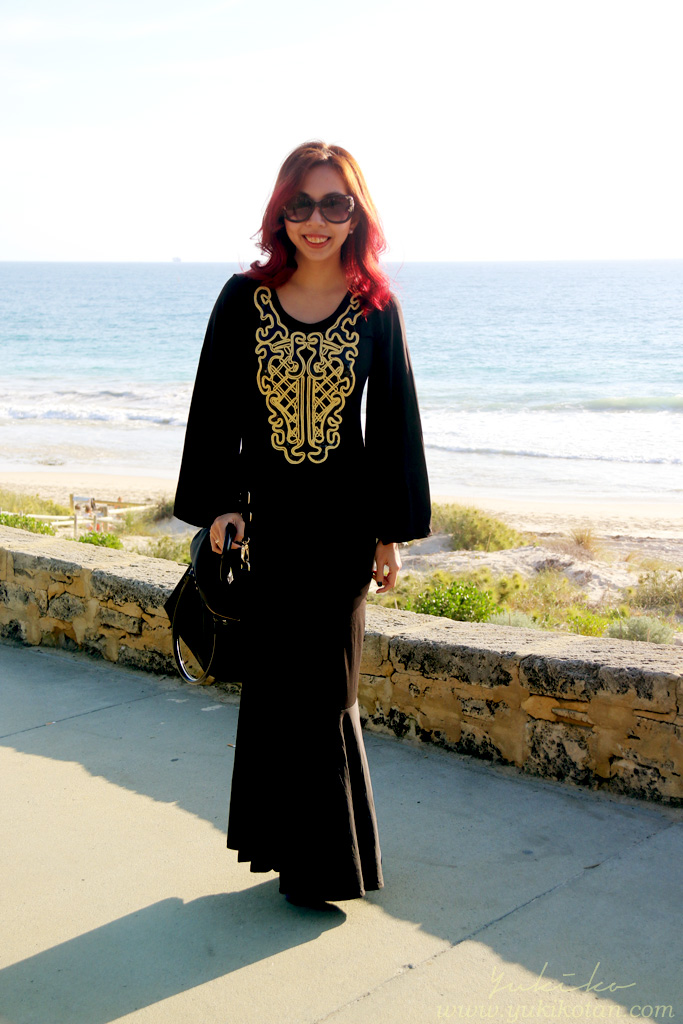 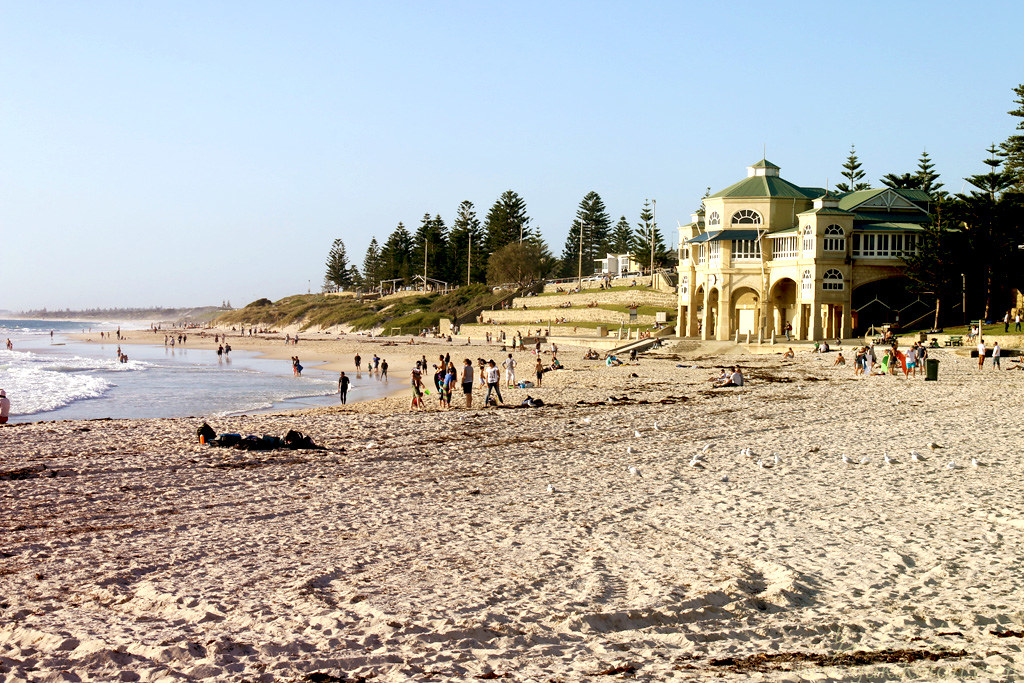 Even the weeds look really pretty! 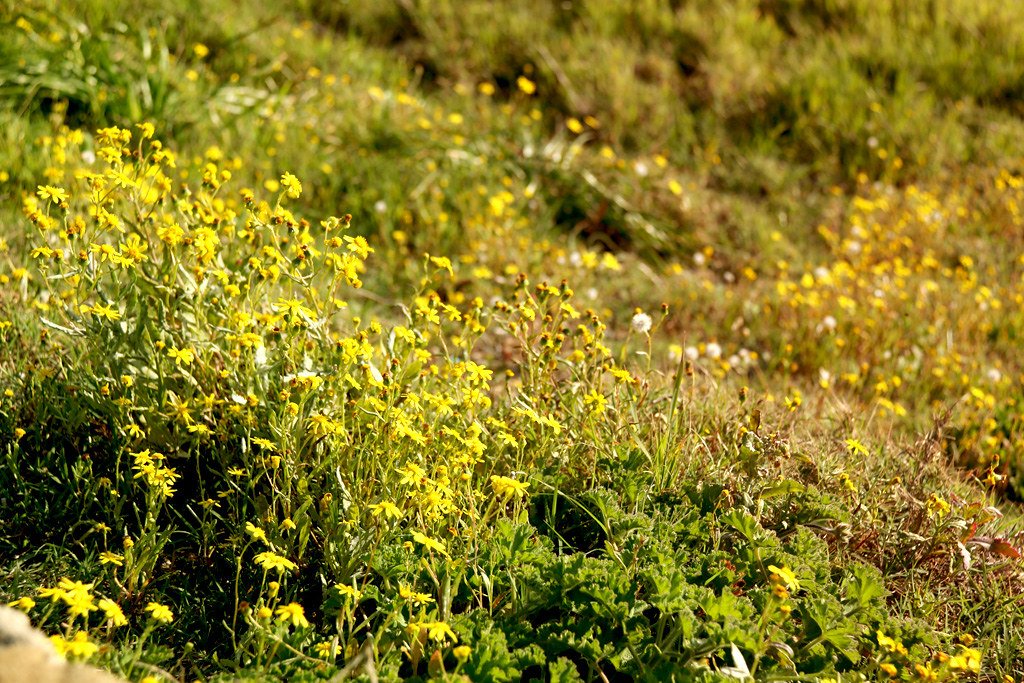 But it was a different waves on Cottesloe beach that day, instead of the calm, waves we had some surfer waves going on which is pretty rare(either that or the days I’ve been to the beach had all nice and calm waves) 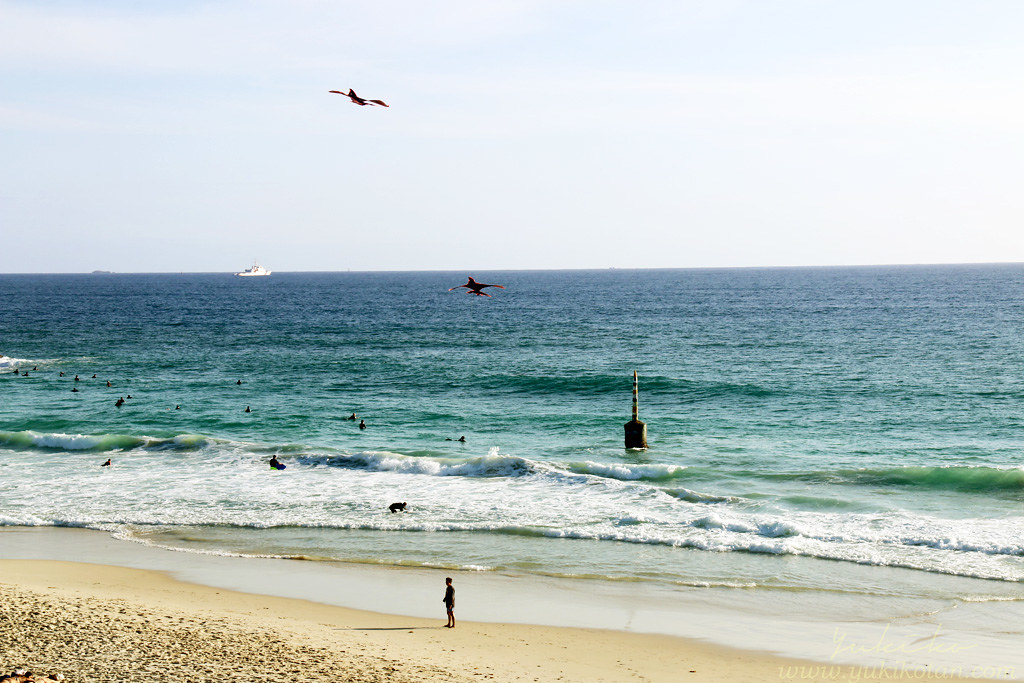 Infact, it was the only time I’ve seen so many surfers on Cottesloe beach 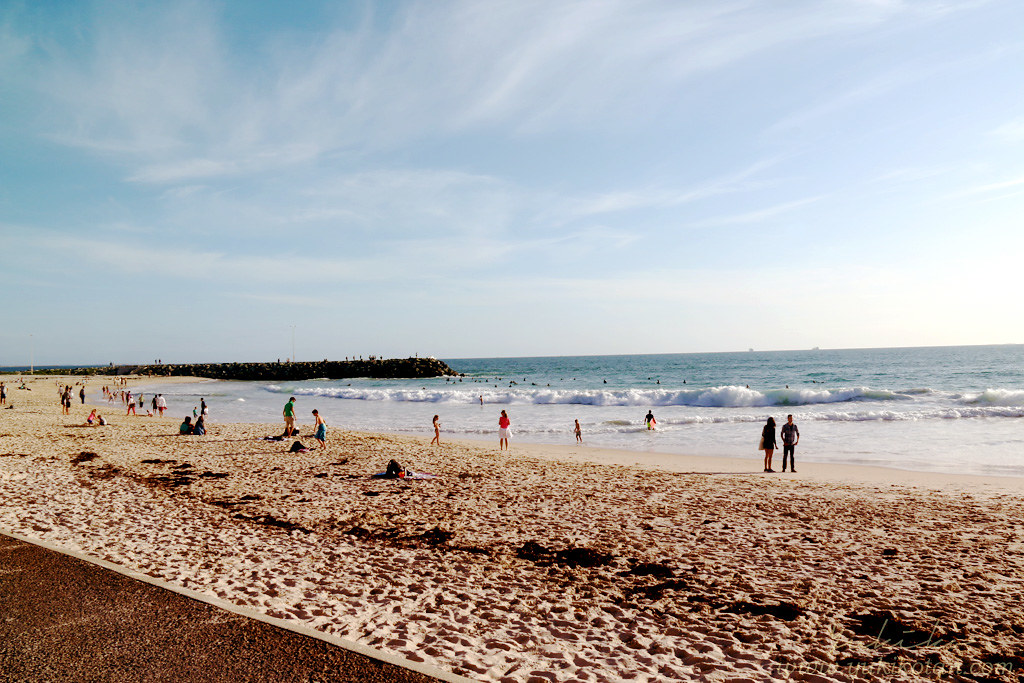 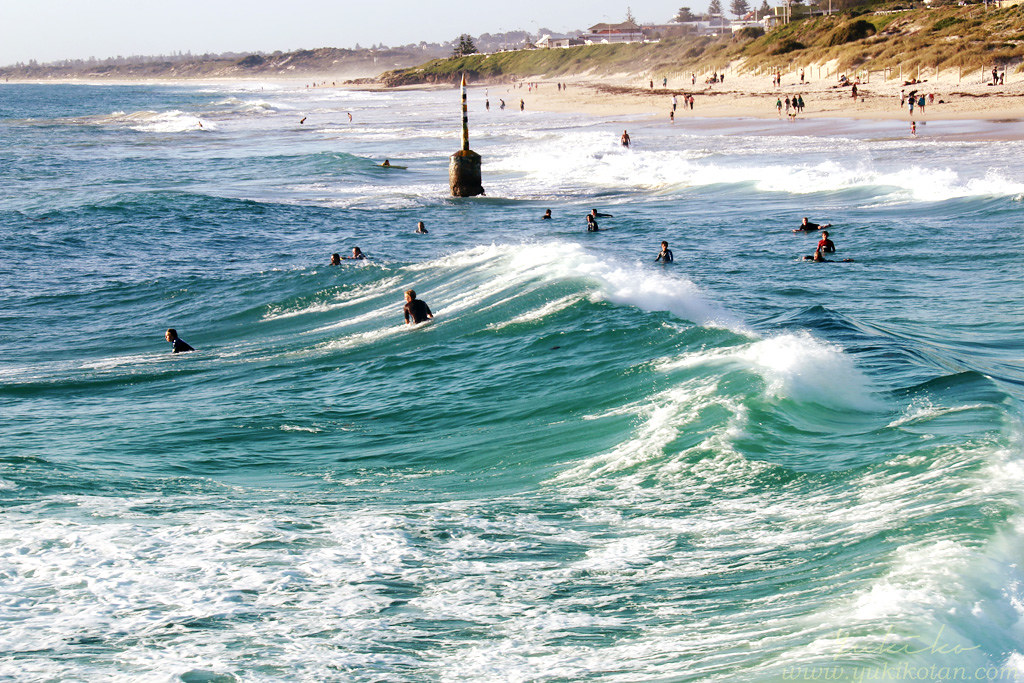 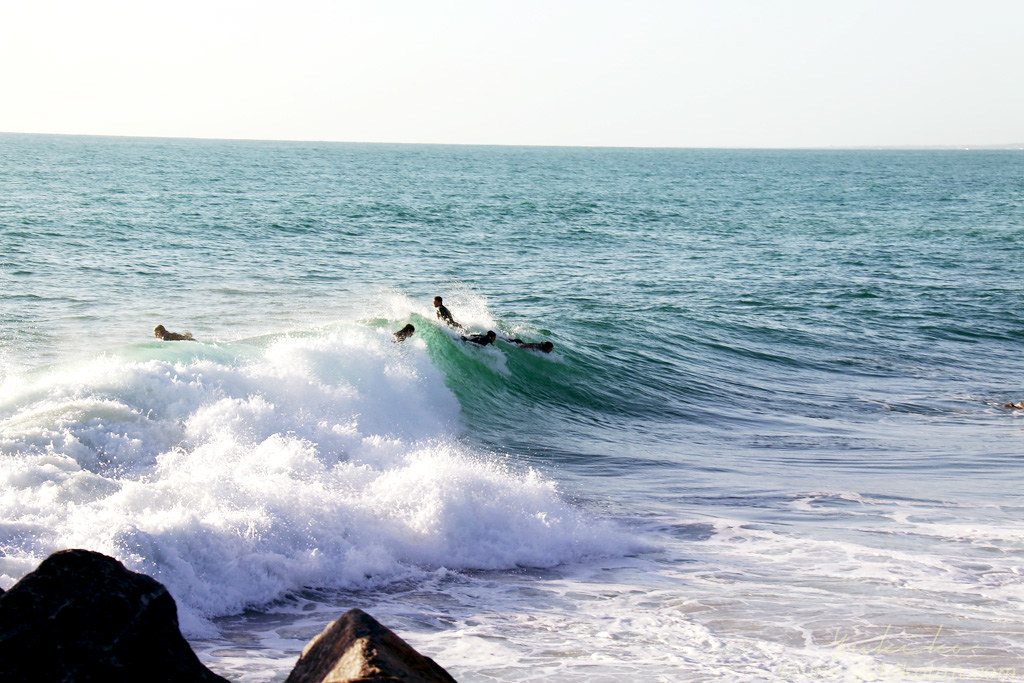 Maybe I should pick up surfing one day…yeah who am I kidding, I probs will lose my board before I find a decent waves to surf.
Then on Sunday it was nothing but food, food and more food
Tom and Jo made breakfast, which was super delicious 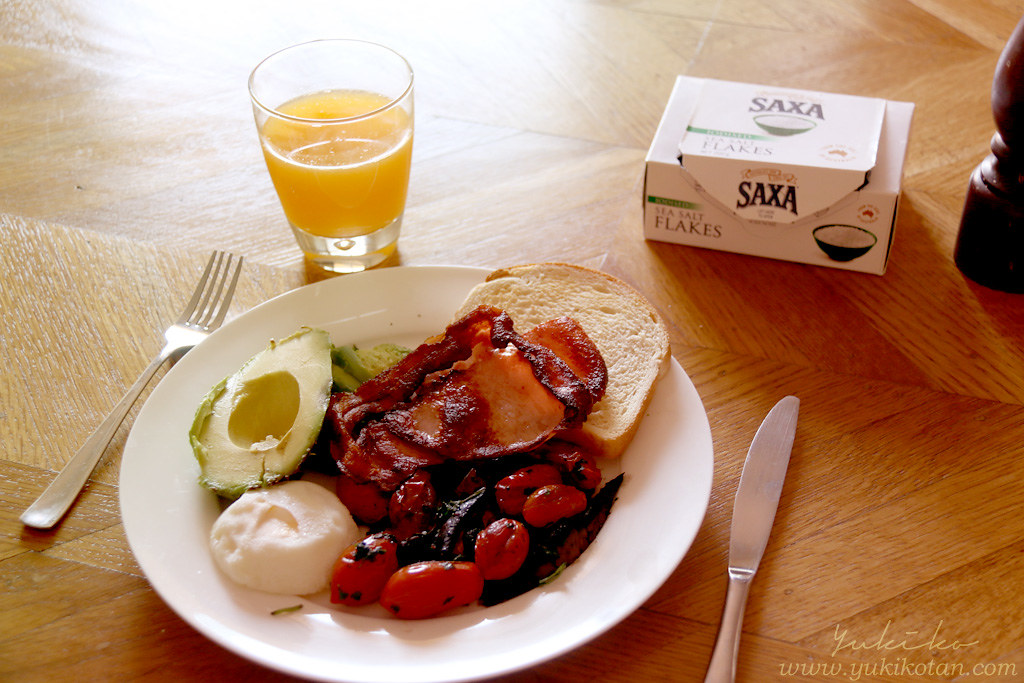 we chat and lazed around for abit before heading out to Claremont Quarters to get my running shoes and then headed down to Subi Markets. 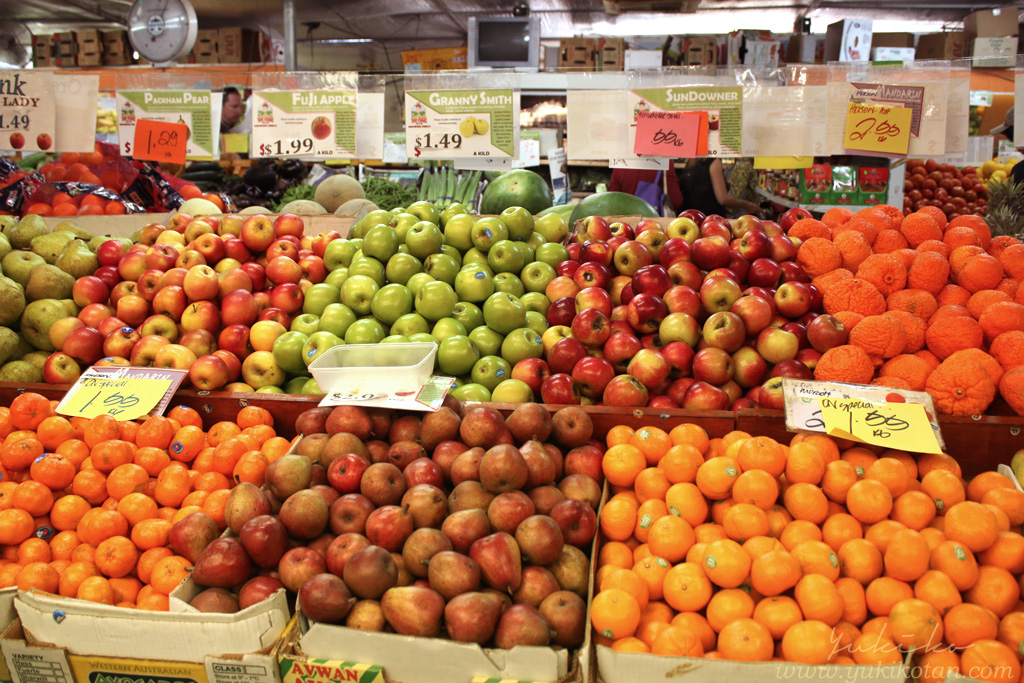 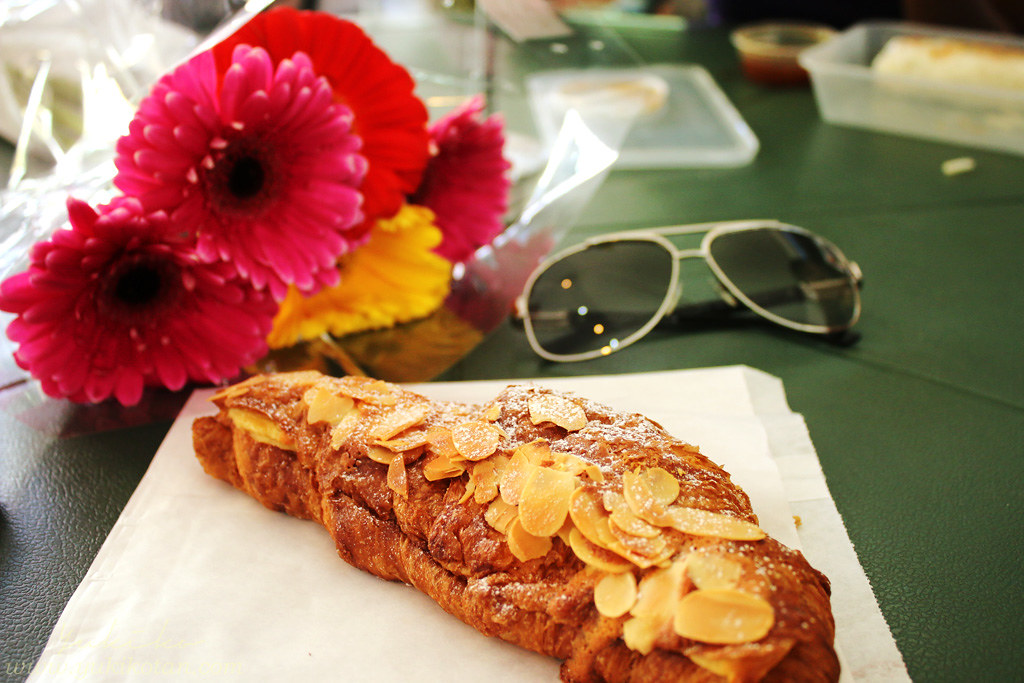 So after a bowl of pho, croissants and samosas we decided we wanted coffee anyways but wasn’t quite keen to go to another cafe so Tom made us coffee at home! 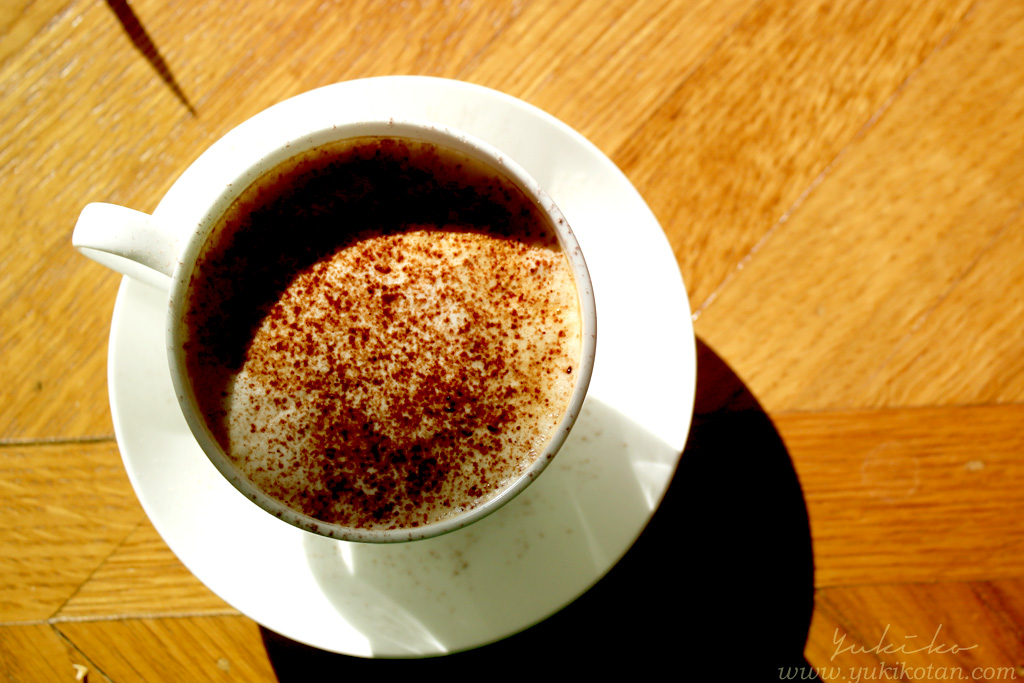 I’m pretty impressed with myself bt, we snuck in a quick walk after coffee down to Mosmon Bay(just to burn abit of those calories) and it was such a good run..infact I might just head down to the beach tomorrow for another run in the arvo too to make myself feel a slight healthier with all the food action going on.
Probs should go to bed soon, till then guys. Here’s a pic of the gerberas I picked up from the markets today along with some tangelo..Not quite sure how I feel about this fruit but, still seems abit confusing how it’s a hybrid of 2 different fruits but it’s pretty good when made into juice =D 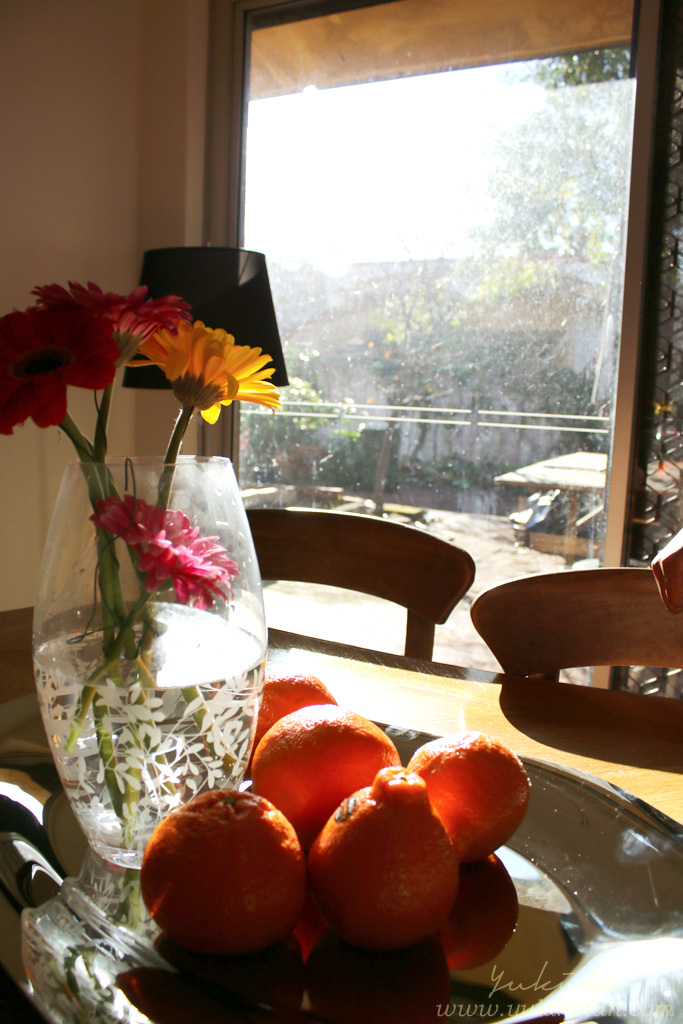 See you guys soon! Have a great Monday!

You can’t change fate, that’s why they are call fate, it’s fated.